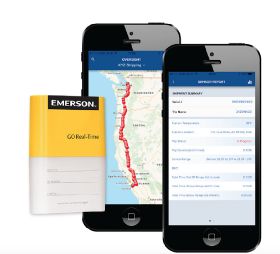 The Oppenheimer Group, known to many as Oppy, is a leading North American fresh produce distribution and marketing company. The organization sources over 100 varieties of fruits and vegetables from more than 25 countries and delivers them to retailers, club stores and foodservice operators across the United States and Canada as well as export markets.

The Oppenheimer Group transports thousands of valuable and volatile shipments annually. Before using the GO Real-Time product line, a single order could require the transport team to make five to ten calls to the carrier, which was very time-consuming.

“We have tried various temperature monitoring solutions, but many devices would go missing during transit or upon arrival at the destination leaving them without any information about temperature throughout the trip,” said Stewart Lapage, Director of Transportation at The Oppenheimer Group…

This website uses cookies to improve your experience while you navigate through the website. Out of these, the cookies that are categorized as necessary are stored on your browser as they are essential for the working of basic functionalities of the website. We also use third-party cookies that help us analyze and understand how you use this website. These cookies will be stored in your browser only with your consent. You also have the option to opt-out of these cookies. But opting out of some of these cookies may affect your browsing experience.
Necessary Always Enabled
Necessary cookies are absolutely essential for the website to function properly. This category only includes cookies that ensures basic functionalities and security features of the website. These cookies do not store any personal information.
Non-necessary
Any cookies that may not be particularly necessary for the website to function and is used specifically to collect user personal data via analytics, ads, other embedded contents are termed as non-necessary cookies. It is mandatory to procure user consent prior to running these cookies on your website.
SAVE & ACCEPT